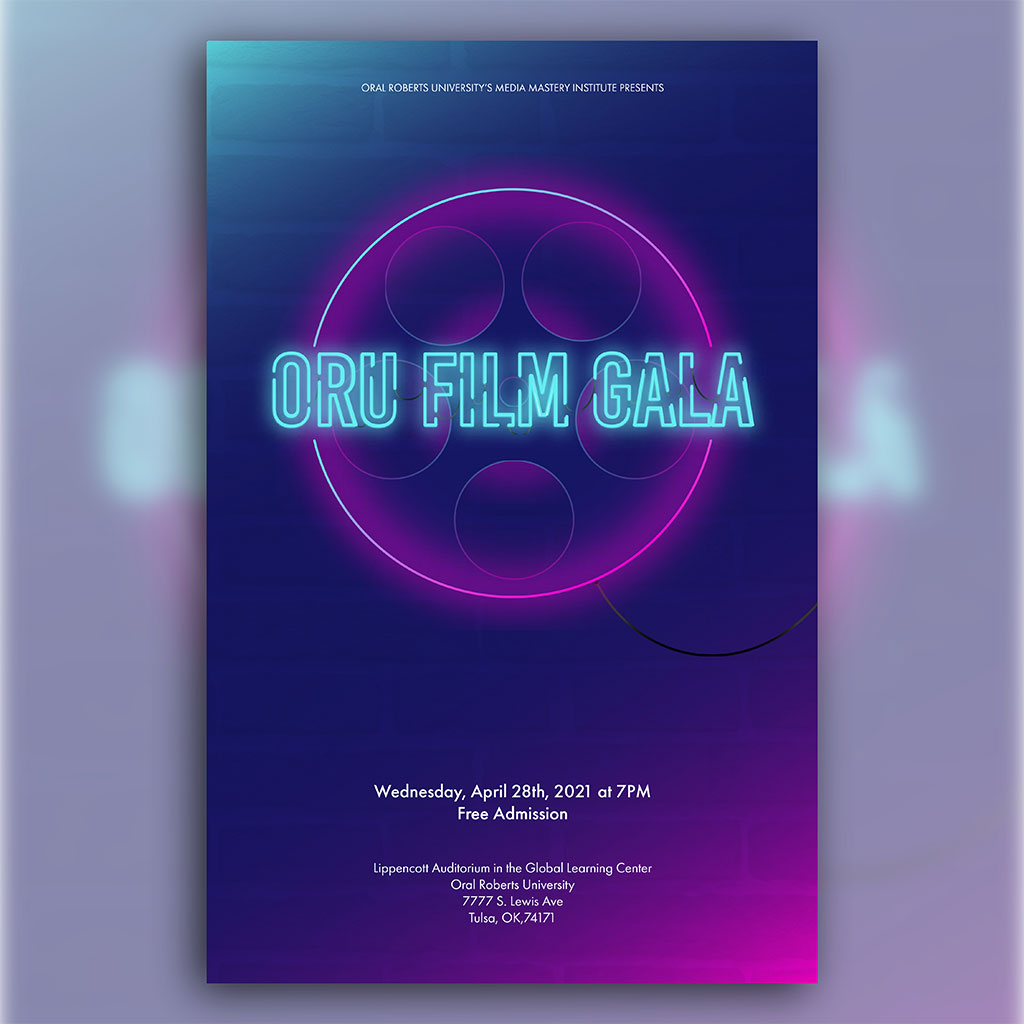 The Oral Roberts University Film Gala is a formal event for Multi-Media Institute (MMI) students to showcase the short films they created in the program. I was fortunate to participate in the design process for this event once again, but the circumstances were slightly different from last time. Instead of a small group of two or three students designing for a particular client, this semester, the entire class (consisting of roughly 10 students) would create one or more solutions to present to the client.

As usual, the current MMI students came to us with their ideas. In the beginning, they wanted bold, Hollywood-style designs and a film reel or camera incorporated as a focal point, but after some consideration, they decided they wanted something sleek and bright, yet minimalistic. Needless to say, they had two conflicting ideas. Keeping both of these in mind, I aimed to create a sleek design with bold colors and added a modern/retro twist to the film reel by creating a neon sign vector in Adobe Illustrator.

After a few revisions, the client was satisfied with my design and it was displayed for the 2021 film gala. I also created corresponding motion graphics, such as an introduction to the event and looping backgrounds for student names or film titles to be displayed on the main screen.